The myth of the independent Palestinian state is at end

Translated from French by Annie Salingue

The constant instability prevailing in the ancient Mandatory Palestine is, eventually, the result of the contradiction between the Zionist plan to establish a Jewish state and the presence on this land of native people refusing to give up their national rights.


From expulsion to cantons

The supportive attitude of the great powers toward Israel, - a mighty ally in an area enjoying major geostrategic issues-, depending on this state being -or at least looking- democratic, a further contradiction has emerged for the Zionist leaders: how to maintain both the Jewish and the democratic character of the state of Israel without waiving the claim on the whole of mandatory Palestine?
The Palestinian people have always been an obstacle to the realization of the Zionist project.
From the annihilation of the obstacle (Daleth Plan and mass expulsion from 1947 to 1949) to its evading / containment (1967 Allon Plan and cantonisation) the aim hasn’t changed: the most territories and the least Palestinians under Israeli jurisdiction.
The Oslo agreement was part of this goal: yielding up the administration of the most densely populated areas to a native power and keeping control over nearly the entire territory.
The withdrawal from Gaza stood in the line of this logic. In compliance with that, the aftermath of the increasing settlement expansion in the West Bank (nearly 500 000 settlers today) was its splitting up and the present use of 40% of its surface by Israeli infrastructure.
Nowadays Gaza is isolated from the rest of the world and the West Bank is not only “occupied” but it has been “integrated” within Israel.
The floor-space of Israel, including the 40% actually annexed territories come up to more than 29 000 km², facing the hardly 3000 km² of the isolated Palestinian cantons whose ways out and exits are under Israeli control.

What about the “talks”, ongoing for over 15 years?
The local realities and the conditions forced upon during the negotiations suffer no doubt: from the Oslo agreement to the Olmert plan, to Israel the “Palestinian state” never meant anything but the cantons and the negotiated process has been misused as a means to turn the local situation into a dead end while claiming to be striving after a compromise.
In the light of these facts and of the “new reality”, more and more voices can be heard requiring the putting aside of the “independent Palestinian state” perspective forced upon in the 80’s for the sake of “realism”, “pragmatism” and of “striving for a compromise”.
Beyond the “classical” topics (the fate of the refugees and the Palestinian citizens of Israel, the recognition of Israel as a Jewish state...) the arguments for “realism” and “pragmatism” have been turned over.
The idea itself of “compromise” must be revaluated. The conquest of the West Bank is part of the Zionist plan, just as the West Bank is today part of Israel.
Demanding of the Israeli government to give up the domination over the West Bank is not a “compromise” situation.
It comes up to asking to get rid of what took Israel over 40 years to build up and, actually, to give up the Zionist plan of establishing a Jewish State in the Mandatory Palestine, at the time when it’s on the brink of being turned into reality.
Which “political pragmatism” can be found in the request made to Israel to move on nearly 500 000 settlers, to indemnify and house them, to give up infrastructure which have cost Israel more than 60 billions dollars over the last thirty years, to put up with the sharing of sovereignty over Jerusalem, to tolerate a road connecting the West Bank to Gaza in the heartland of its territory or to give up the control over the boarder to Jordan, in a context where the Palestinian mobilization is puffed and where no international pressure is being put on the Israeli government ?
How “realistic” is a word deprived of factual basis ? ”West Bank”, “East Jerusalem” are words referring to entities long gone by, digested by Israel.
How “realistic” is a project deprived of popular support? A “compromise” that would lead to nothing but a “state” consisting of cantons controlled by Israel, half of them inhabited by refugees with no definite future, doesn’t appeal in the least of the population.


Give up the motto “independent Palestinian state”

In the light of the present dynamics, the “single and democratic state” motto isn’t less “pragmatic” or “realistic” than the “two states” motto.
It is just the other way round.
Not less pragmatic because it doesn’t demand anything but renouncing the Zionist Project.
Many people, even among the former supporters of the independent state seen as a first step towards a global solution of the conflict, recognize today how useless it would be to have a phase fuelling the illusion of a “possible compromise” between the existence of a Jewish state and the satisfaction of the Palestinians’ national rights, but demanding nowadays nearly the same conditions as those needed by the single state.
Not less “realistic” because the single state does already exist, stretching from the Mediterranean to the Jordan, enjoying, - among other things, - a single economic system (out of balance but unified), a single currency, common infrastructure (roads, water, electricity) and two languages, Arab and Hebrew, already recognized as the official languages of the state of Israel. Not less realistic because the idea is spreading around.
We might be witnesses of new dynamics in the structuring and mobilization of the Palestinian population, Israeli Palestinians included, should- in an objective consideration of the situation- the disheartening and surrealistic motto “ independent and viable state resulting of a negotiated process” be given up for the benefit of a demand for equal rights, in a single state, for all inhabitants of Mandatory Palestine, the only possible way towards any “peace”.
On the international level the pressure put by the people and, as a consequence, by the “partner states” might get to know new developments.
Ehud Olmert, the Israeli Prime minister, understood that point fairly well. He declared (Haaretz, 2003): “ We don't have unlimited time. More and more Palestinians are uninterested in a negotiated two-state solution, because they want to change the essence of the conflict from an Algerian paradigm to a South African one. From a struggle against `occupation,' in their parlance, to a struggle for one-man-one-vote. That is, of course, a much cleaner struggle, a much more popular struggle - and ultimately a much more powerful one”. Reflections on the Israeli occupation, the Palestinian Authority and the future of the national movement

Palestine: The Programmed Failure of the "Silence-for-Food Program" 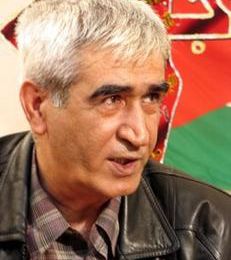 An Interview With Ahmed Saadat
Palestine: The Programmed Failure of the "Silence-for-Food Program"
Reflections on the Israeli occupation, the Palestinian Authority and the future of the national movement
Commenter cet article
B
Best essay writing service
08/07/2017 12:43
I am feeling happy subsequent to discovering this valuable pos I am a freelance writer, best essay writing service you can get quality writing tips from here. I am writing essays for customer with affordable price, get benefits now.
Répondre
Newsletter
Suivez-moi
Recherche
À la recherche de la Palestine Vous aimerez aussi :
Reflections on the Israeli occupation, the Palestinian Authority and the future of the national movement

Palestine: The Programmed Failure of the "Silence-for-Food Program"